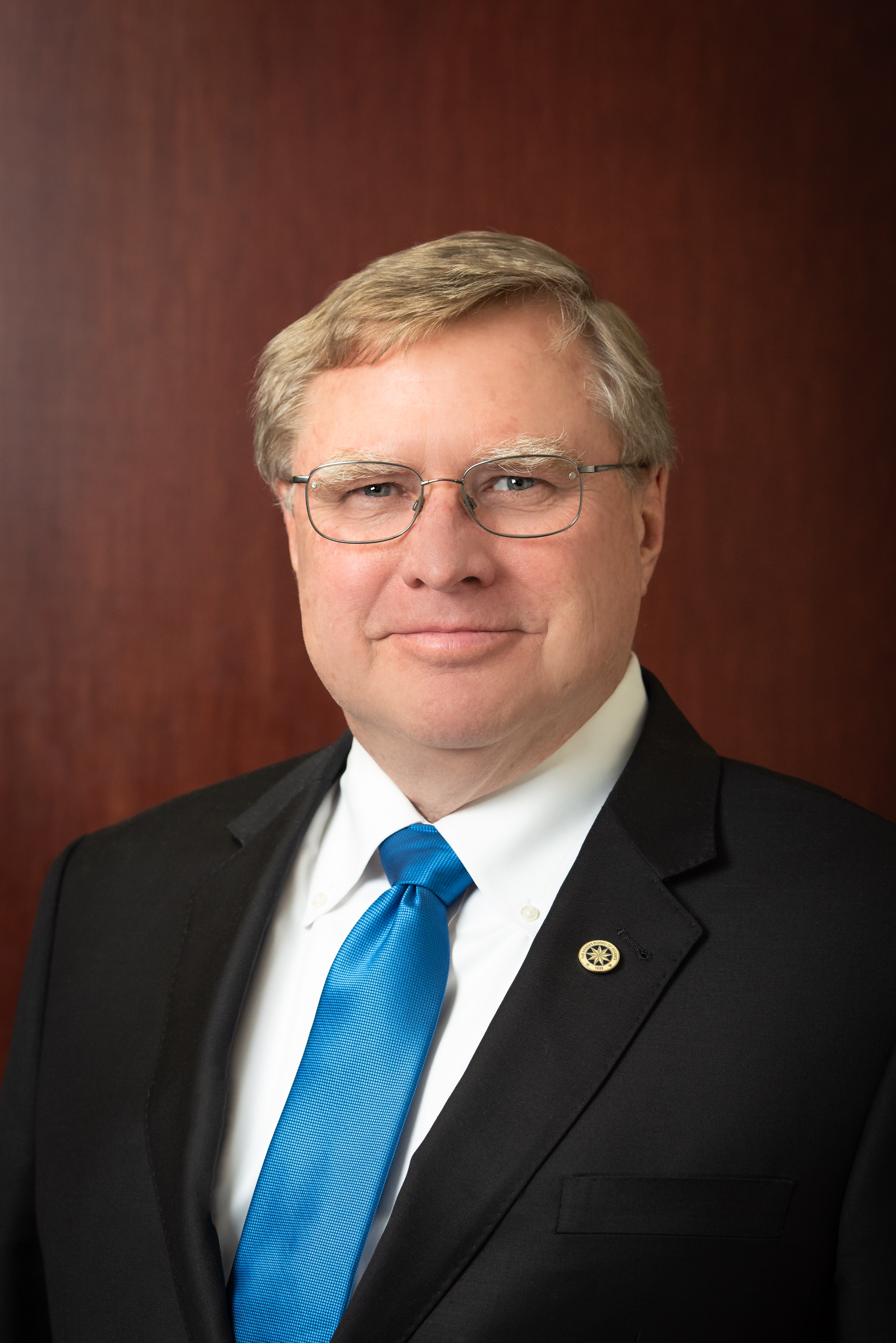 Mark Hutton of Andover was appointed to the Kansas Board of Regents by Governor Jeff Colyer in 2018. Hutton founded Hutton Construction in April 1992 and grew the company into one of the states’ largest and most respected construction firms. The company specializes in commercial and industrial construction, and its 250 employees have been consistently recognized with awards for the company’s work in Kansas and throughout the Midwest. Nine years ago Mark passed the day to day company management to his son Ben to allow him to pursue his passion for community service.

Hutton Construction has also garnered numerous accolades for being a great place to work, having been a multi-year finalist in the Wichita Business Journal’s “Best Places to Work”. In 2010, Hutton Construction was honored as “Company of the Year,” while Mark was named “Man of the Year” by Kansas State University’s College of Engineering.  That same year, the company received a “Best in Business Award” from the Wichita Business Journal.  Mark is also a member of the Kansas State University School of Engineering Seaton Society and was inducted into the Engineering Hall of Fame.

Born and raised in Wichita, Mark is a 1977 graduate of Kansas State University College of Engineering with a degree in Construction Science and Management.  After graduating, Mark was employed by a Wichita based construction firm from 1977 until 1992 where he held a variety of positions with the company, including field engineer, superintendent, project engineer and project manager.

With a passion for giving back to the industry, Mark serves in a number of additional capacities. He is a past president and currently serves on the board of directors of the Associated General Contractors of Kansas. Mark also serves on the Kansas State University Foundation. He is a past member and chair of Kansas State University’s Construction Science advisory board as well as the College of Engineering Advisory Board. In 2012 Mark was appointed by the Governor to the Kansas Turnpike Authority’s board of directors where he served 2 years as the chairman.

Locally, Mark represented the 105th district in the Kansas House of Representatives from 2013 thru 2016 where he served on the Financial Institutions Committee, Taxation Committee, Appropriations Committee and as the Vice Chair of the Insurance Committee and Chairman of the Commerce and Economic Development Committee. He has served on the Wichita Chamber of Commerce’s board of directors and is a past chairman of that board’s Government Relations Committee.  He is a past board chairman of Youth Horizons, a faith-based youth mentoring organization that he and his wife, Mary have long supported.  Mark has also served in numerous capacities at his church and currently as an Elder for more than 30 years.

Mark was born and raised in Wichita, Kan.  He and his wife of 42 years, Mary, have two married sons and seven grandchildren. Mark’s hobbies include woodworking, cooking with Mary, and bicycling.